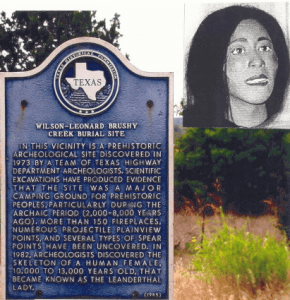 Prehistoric people have called this area of Central Texas home for over 10,000 years. At the nearby Gault Site, archeologists are finding some of the oldest human remains and artifacts in the world. Even in Leander itself, human remains have been dated to 10,00 to 13,000 years ago. In 1982, archeologists discovered the remains of an 8,000 – 10,000 year old woman nicknamed the “Leanderthal Lady”. The Tonkawas, Comanches, and Lipan Apaches were the nomadic tribes that lived in the area at the time of the first European settlements.

The first white settlers began arriving to the area around 1845. They had received land grants as a payment for their military service in the Texas Revolution. These early settlers lived in log cabins and were often attacked by the Native Americans who first called this area of central Texas their home. The area of Bagdad would probably have been settled earlier if it had not been for the numerous attacks by the indigenous people. The Texas Rangers were brought in to provide protection for the settlers and they constructed a building that would house up to sixty men in an emergency. This was one of the first buildings in what is now Williamson County. 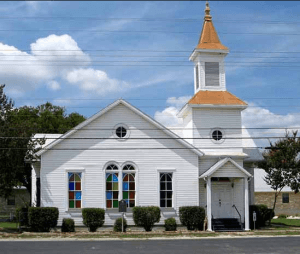 In 1855, the first school opened in a log cabin. It was a simple classroom with one door and a removed log for a window. The teacher’s salary came directly from the parents who each paid what they could. In May 1870, a two-story native stone structure was built by the newly-formed Masonic Lodge. The first floor was used as a school and a church while the second floor was used by the Masons. By 1893, attendance was free for the students.

The town of Bagdad was surveyed and many businesses began opening during the 1850’s.The blacksmith was one of the first shops, and the first post office opened in 1858. The abundance of fresh water and timber attracted many of the settlers. Farming was the primary industry with the settlers growing most of their own food and making much of their own clothing.

Many Bagdad men left to join the Confederate army during the Civil War. At the end of the war, most of the soldiers and many of the freed slaves returned to live in town. The Bagdad Cemetery was established in 1857. When three-year-old John Babcock died, his father gave the tract of land where the cemetery now exists to the community. Civil War veterans are among the early burials. The United Methodist church was established in 1860.

Bagdad became a stop on the stage coach line from Austin to Lampasas. The residents were now able to have goods regularly delivered to them from Austin. By the 1870’s, Bagdad had a hotel, school, several general stores, two blacksmith shops, and several churches. In 1871, the first school was started in Bagdad by the Masonic Lodge; it was the only free school in the area. Church socials played an important role in the community and were the main entertainment for the early residents of Bagdad. 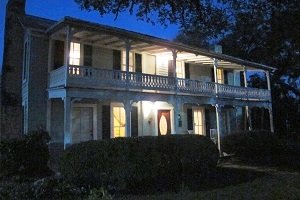 The City of Bagdad was officially established on July 17, 1882. It was around this time when railroad officials approached the city about constructing a rail line through their community. The new line would carry granite from Marble Falls to Austin to build the new capitol building under construction. The railroad decided to move line over one mile and establish a new town named Leander after one of the officials. Bagdad business owners soon realized the advantage of being located closer to the train stop and promptly relocated. Bagdad was left behind and virtually disappeared until the city of Leander eventually expanded.